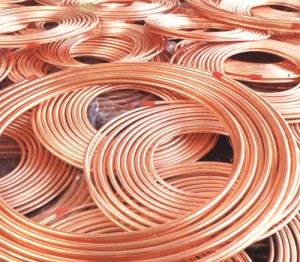 Expect copper prices to remain strong for the mid-term. Factors contributing to the bullish outlook for copper are: the highest level of building permits in the United States in about four years; production constrictions; a deficit in refined copper; and a slower but still healthy demand from the construction industry in China.

Through July, copper futures on the COMEX have climbed almost 3% since the beginning of the year, according to Market Watch [1]. Gold futures for the same period have only risen 0.9% and silver futures have fallen.

In late August, the International Copper Study Group (ICSG) reported a 405,000-tonne deficit in refined copper for the period January-May of this year. Last year for the same period, the deficit was only a fourth as large, 98,000 tonnes.

Meanwhile in Chile, where about a third of the world’s copper is produced, constrictions on production have cropped up. Mines are aging and the ores grades are deteriorating. Labor actions and accidents have increased, and weather has affected some output[2]. Production is expected to be higher than the year before but only by 2.7%. Moreover, BHP Billiton, facing profit declines, may be looking to postpone capital expenditures for new operations.[3]

The world’s largest copper producer, Freeport-McMoRan Copper & Gold, is bullish on copper. Its CEO Richard Adkerson is quoted by Commodity Online to have said, “Global inventories have continued to drop…leaving the copper market relatively tight. Supplies have been slow to develop and lower than expectations.”

China has been consuming about 40% of world demand, and although projections for the Chinese economy have been slipping of late, construction as a sector is holding up fairly well. Chinese house prices, which had been slipping most of 2012, steadied this summer [4]. And although the overall economy is expected to be somewhat less than 8% (low by recent standards), the fixed asset investment figure rose in June. According to Market Watch, the German copper producer Aurubis in June reported it expected Chinese demand for copper to run at 8% above last year, to 8.4 million tonnes.

Recent bearish news about the U. S., European, and Chinese economies might otherwise be a precursor of future weakness in copper prices. But according to Reuters the bearish news is widely expected to increase the likelihood of stimulus measures that would boost construction and underpin copper prices. [5]

© 2012 The Electrical Distributor. All rights reserved.