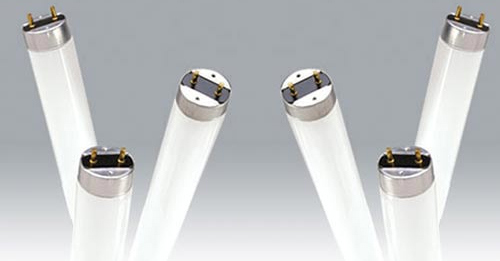 By Carl M. Watson, (The National Council on the Qualifications for the Lighting Professions)

A popular song lyric from the 1960’s reminds us that, “You don’t know what you’ve got, till it’s gone.” This situation could indeed be the case for many owners of obsolete, but still widely used T12 fluorescent lighting systems. As part of its ongoing quest to increase overall energy efficiency, the federal Department of Energy’s 2009 rulemaking will eliminate the
manufacture and importation of most of the remaining commonly used types of T12 linear fluorescent lamps by July 14, 2012. The reason is the inefficiency of those T12 fluorescent lamps, in comparison to their more energy-efficient alternatives. Recognize that the magnetic ballasts that are required to operate those T12 lamps were already phased-out in October 2010. This significant change will directly affect many commercial, retail, and institutional businesses; in addition, it will even affect some residences, those with existing T12 fluorescent lighting.

This means that you have a relatively short time window to take action to become prepared for the multiple real consequences of this change, that could affect you, and that could provide opportunities for improving your business.Additional information about what a T12 fluorescent lamp [or light bulb] is, should prove helpful. Straight (linear) fluorescent lamps are partially described by the outside diameter of their tubular glass envelope, measured in eighths of an inch. Hence, a T12 lamp is 12/8ths of an inch, or one and one half inches (1.5”) in its diameter. The specific lengths of T12 lamps affected by this “game-changer” begin with four-foot (48”) rapid-start lamps with a bi-pin base [or end cap] at each end. Also affected are two-foot (24”) U-shaped T12 lamps with twin bi-pin bases, one at each end of the legs of the ‘horseshoe’. Affected in addition, are eightfoot (96”) T12 lamps with either a single (fat) pin base at each end [which is also known as a ‘slimline’ or an ‘instant-start’ lamp] or a recessed double contact (RDC) base at each end [which is also known as a ‘high output’ or an HO rapid-start lamp]. Besides the fluorescent lamp holders, there are two key electrical components in every light fixture [which is more properly called a “luminaire”]. First, are the one or more lamps that actually produce the light. Second, are the one or two ballasts that are required to start and to regulate the operation of the lamp(s), and in some cases to heat the electrodes inside the ends of the lamp.

To put this in perspective, you need to understand that over a period of more than twenty years, these DOE
rulemakings have resulted in the continuing phase-out of the availability of the most inefficient lighting
system components (mostly lamps and ballasts). While there are numerous examples of the impact of these
regulations, one example that many ordinary consumers have become aware of is the elimination of the
manufacture and importation of the familiar 100-Watt incandescent lamp, in January 2012. This will be
followed by the phase-out of the 75-Watt incandescent lamp in January 2013, and the 60-Watt and 40-Watt
lamps in January 2014. In the case of the common 100-Watt incandescent lamp, there are three
alternatives. First, is the 72-Watt Halogen lamp, which has a similar shape and light output, is about thirty
percent (30%) more efficient, and works with many types of dimmers. Second, is the spiral-shaped 23- to
26-Watt Compact Fluorescent lamp (CFL) that comes in a variety of envelope shapes, is about four times
as efficient as an incandescent, and does not always work well with some dimmers. Finally, is the nextgeneration
Light Emitting Diode (LED) lamp, which should become available in 2012. While it is long-lived, it
is not yet highly energy-efficient, and it is sometimes dimmable. It is also not yet cost-effective for many
applications, such as those that do not require extremely long lamp life or have very difficult access.

There are several alternative paths to address the issue of the pending unavailability of T12 fluorescent
lamps. In the short term, having a sufficient supply of new spare T12 lamps on hand provides the ability to
“keep the lights on,” until a longer-term approach can be selected. Here, you need to be mindful that this is,
at best, only a temporary measure; since when the existing magnetic T12 ballast expires, it is essentially
“game over”. Be aware that ballast failure can be accelerated by not replacing spent or worn-out fluorescent
lamps promptly (usually in pairs), when they go out or fail to relight. While electronic T12 ballasts will still be
available until 2014, installing them would be like putting new alloy wheels on an old car, for which you will
soon be unable to get tires. Note that some T12 lamps with a Color Rendering Index (CRI) of 87 or greater,
which offer less than the full measure of light output, will continue to exist. In addition, a few T12 lamps
containing only pure “rare-earth” phosphors (solely) will be able meet these new efficiency standards, albeit
at a substantial price premium. This latter situation is exacerbated by recent scarcity of rare-earth minerals.

For the longer term, there are multiple approaches. One is to retrofit each existing light fixture, with an
electronic T8 ballast and T8 lamps [which are 1.0” in diameter]. This could also necessitate the replacement
(or the rewiring) of the fluorescent lamp holders within the luminaire. A second approach is to replace each
existing light fixture with a new luminaire containing these more energy efficient components [a T8 ballast
and T8 lamps]. A third approach is to redesign the lighting system(s) in each space to perform the required
lighting tasks more effectively, and more efficiently. While this latter alternative might appear to be
somewhat more complicated, it provides the opportunity for a more tailored lighting solution, which when
done well, can produce an advantageous and beneficial outcome, as well as reduce operating expenses.

With any of these three alternatives, one should expect to obtain the economic benefit of an improvement of
between twenty-five and forty percent in the energy efficiency of the portion of the electricity cost which can
be attributed to the fluorescent lighting system. Understand that in commercial retail applications the energy
cost for lighting can typically vary between thirty and forty-five percent of the total electricity expense. This
wide range of potential savings is determined by a number of variables, including the hours of operation and
the light intensity necessary for that particular type of business. In selecting a course of action, in order to
obtain the most favorable result, it is essential to evaluate systematically each of the key variables
associated with the existing lighting equipment and the application. How quickly the new fluorescent lighting
system will pay for itself will be determined by your individual situation. One thing that is certain, by utilizing
these much more energy-efficient lighting technologies, it can do so, usually within two to five years.

In selecting among these alternatives, there are a number of decisions to be made. These decisions can
include: budget and time schedule, quantity and quality of light necessary for the unique type of business
and merchandise [the light source’s color appearance (the warmth or coolness of the light) and its ability to
render colors accurately], distribution of light (in order to maximize sales), ability to have multiple levels of
light (for operation prior to and/or after when the space is open to the public), nighttime security lighting (if
needed), code required life-safety lighting (exit signs and emergency lights), and finally State Energy Code
compliance review by the local municipality’s building department. This latter item is now required for newly
constructed and for renovated or remodeled facilities, as just one part of Pennsylvania’s recently adopted,
statewide Uniform Construction Code (UCC) legislation, which became effective in PA during 2004.

In the swiftly changing waters of this new world environment, each of us will have to navigate the
opportunities and challenges ahead, as we traverse the river of our businesses. However, if running these
particular white-water rapids alone seems too challenging or too time-consuming, perhaps you might want
to be guided by enlisting the services of a skilled lighting design professional. Your ‘guide’ for this
transformational journey could be a lighting designer, an electrical engineer, or other design professional
that specializes in lighting. Look for an individual who has a professional license or registration, or who has
at least one certification involving lighting. That person will work with you to develop a lighting design
solution that is appropriate for your needs and will prepare written specifications. Using these, you can then
solicit competitive bids from local electrical contractors. They will obtain the lighting equipment from a local
electrical distributor and will perform the installation of the new lighting system(s). Be aware that as part of
selecting an electrical contractor, there are additional considerations that need to be addressed including
obtaining an electrical permit from the local municipal Authority Having Jurisdiction (the AHJ), having an
electrical inspection (conducted by an independent third-party inspection agency), and ensuring proper
disposal of the old lighting equipment (both lamp and ballast recycling). This latter item, full compliance with
all toxic and/or hazardous material regulations, is the responsibility of the Property Owner. In addition, and
perhaps most important, is qualifying for and obtaining any available funding grants and/or utility rebates.

In summary, the bad news is, based on this change you might have to do something rather soon. The good
news is there are multiple ways to achieve a positive, sustainable (‘green’) outcome, which can reduce your
energy costs, enhance the appearance of your business and its merchandise, and potentially improve your
productivity, or that of your customers. The net result is an improved bottom line. Finally, with sensible and
prudent advice available from an experienced design professional, you do not have to go it alone.

Did You Know This About Light Bulbs and LED Lamps?